now loading...
Wealth Asia Connect Treasury & Capital Markets Europe ESG Forum TechTalk
Understanding ESG / Viewpoint
Broken energy system creating global crises
It would be madness to think that the current congeries of global crises can be solved with our already-broken energy systems. Contrary to what the fossil fuel industry claims, its products are not the best means for ensuring energy access and driving economic development

Ordinary people around the world are suffering from two massive, overlapping problems: surging living costs and the fallout from a rapidly warming climate. In the Horn of Africa, 22 million people are at risk of starvation, owing to the failure of four consecutive rainy seasons and soaring global grain prices.

Making matters worse, high fuel prices, exacerbated by Russia’s invasion of Ukraine, are pushing communities and businesses across Africa to the brink of collapse. And in Europe, a summer of record-breaking heat is about to give way to a crippling winter as the high cost of gas drives up energy prices for everyone. While one should be careful not to oversimplify global problems that manifest differently in different regions, it is impossible to ignore the root cause of today’s food, energy, and cost-of-living crises: our fossil fuel-dependent energy system is broken.

For many years, the fossil fuel industry has argued that its products offer a fast track to cheap energy and economic development. Yet this claim has been proven wrong time and again. Decades of fossil fuel development have not served the 600 million people (a figure that continues to rise) in sub-Saharan Africa who still lack access to energy.

Fossil fuel prices are inherently volatile, and it is vulnerable communities that suffer most from wild fluctuations in global hydrocarbon markets. In the United Kingdom, this year’s spike in gas prices has led to an 80% increase in projected household energy bills. In the coming months, many lower-income families will be forced to choose between heating and eating. Meanwhile, BP, Chevron, ExxonMobil, Total and Shell raked in profits of US$59 billion just in the second quarter of this year.

Worse, the pain that many are already feeling this year pales in comparison to what awaits us if we continue to burn fossil fuels. Earlier this year, the Intergovernmental Panel on Climate Change warned that if we want to avoid catastrophic warming scenarios, we cannot build any new fossil fuel infrastructure, and we must rapidly phase out the fossil fuels that we are already using. Similarly, in 2021, the head of the International Energy Agency (IEA) declared that, “If governments are serious about the climate crisis, there can be no new investments in oil, gas and coal, from now – from this year.”

It would be madness to think that the current congeries of global crises can be solved with our current energy systems. More investments in fossil fuel infrastructure and exploration will result in more pain and uncertainty for households, greater concentrations of profits and wealth, and unliveable climatic conditions for billions of people. But that’s what we’re getting: The OECD and the IEA report that government fossil fuel subsidies around the world almost doubled in 2021, reaching US$697 billion.

If we want reliable, clean, affordable energy for all, the quickest and most effective solution is to increase investment in renewables, energy efficiency, and integrated power grids. Electricity from solar and wind is now cheaper than electricity from gas, and the prices don’t undergo dangerous fluctuations. In the UK, where successive governments have failed to lead on building renewable-energy capacity, homeowners are taking it upon themselves to install solar panels, because they know that the investment will pay for itself in lower energy bills.

Renewables are also a faster and cheaper way to expand energy access in rural Africa. Because they can be located closer to the point of consumption, they have been found to be more economically viable than building transmission lines from centralized gas-fuelled power stations.

In pursuing the system-wide shift that we need, developed-country governments can pay their own way. But they also must do more to help finance the Global South’s energy transition. The International Renewable Energy Agency estimates that Africa will need annual investments of US$70 billion to ensure access to clean energy for all. More broadly, there will need to be large-scale investments in solar supply chains to reduce many countries’ dependence on China, which has become another major source of economic risk, with supply disruptions fuelling price surges.

In the run-up to COP26 last November, the global climate financing gap was a hot topic. But the rich world’s 2009 pledge to provide the developing world with at least US$100 billion in climate financing per year by 2020 still is not being met. Without a substantial increase in both public and private finance from the advanced economies, there will be no global transition to a better energy system. Since these investments will benefit everyone, the Global North, development banks and private institutions must rise to the occasion at COP27.

The energy and cost-of-living crises are affecting people everywhere – from the north of England and northern Uganda to Florida and Pakistan, which is still reeling from this summer’s catastrophic flooding. In time, investments in resilience and clean energy will pay for themselves, in contrast to investments that funnel profits to a few multinationals and rogue, warmongering petrostates.

Unless we seize the moment, democratic stagnation, rising inequality, social unrest, and other deepening structural and systemic problems are likely to get even worse. If we make the right decisions today, we can create the conditions for a more stable, equal and prosperous future.

Vanessa Nakate is a Ugandan climate-justice activist; and Rachel Kyte is a former UN climate envoy and the dean of the Fletcher School at Tufts University. 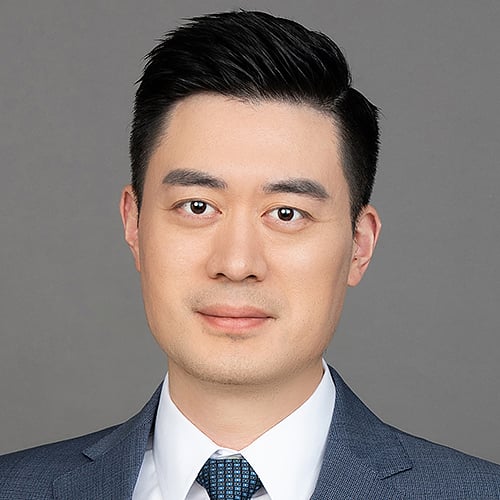